Activists from Unite the Union and other local anti-cuts organisations held a rally outside the DWP office on Chesterton Road at lunchtime.

Around 30 activists held up banners against benef 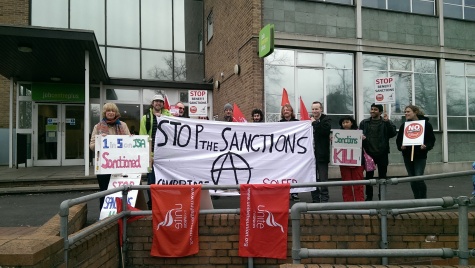 it sanctions for those on Job Seekers’ Allowance, and gave out leaflets about the Unite petition to end benefit sanctions.

The rally was part of a national day of action organised by the union across the country.

Unite activist Jo Robbins said, “What we’re seeing with this punitive measure is people arbitrarily being punished for not attending interviews which are simply an exercise in box-ticking.

“It is the demonisation of those who are too ill to work or simply are unable to find work.

“Unite believes that those who are unable to work or who are looking for a job should be supported and given dignity by the welfare state.

“This government is determined to destroy it and we will fight against them all the way.”

More information can be found here. 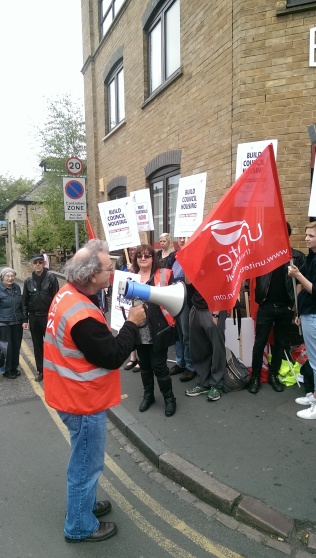 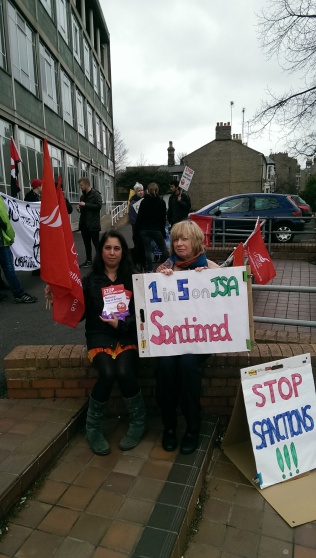 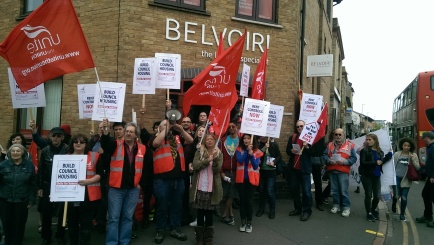 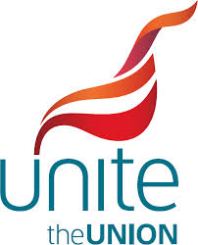 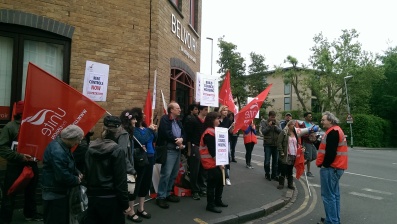 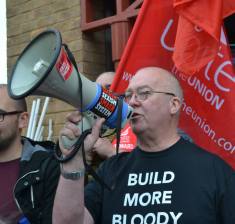