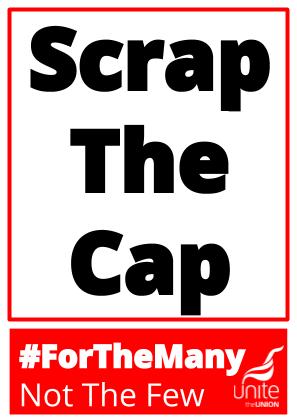 This Saturday in Cambridge workers from across the public and private sectors will join forces to March through the city’s streets to demand an end to the Public Sector Pay Cap and a £10 Minimum Wage.

Cambridge Trades Council has organised the event to highlight the squeeze the pay cap and the high cost of living is having on workers across the city.

The event will begin on Parkers Piece at 11.30am where people will gather for the march which will be followed by a rally at Little St Mary’s Church on Trumpington Street.

“I see daily the struggle our hard working members are facing. I heard recently of NHS staff who can’t afford to visit the hairdressers any more, because their wages haven’t kept pace with the cost of living. In Cambridge you have the added burden of the high cost of actually living in the city. And many of the workers I see, just can’t afford to do that, instead facing a lengthy and costly commute.
If the government can find money to bribe the DUP then they can find the money to give our workers a pay rise. Money earned by Unison members goes back into the local economy. It doesn’t get spent on stocks and share in the city of London. It doesn’t get put into an offshore bank account to earn interest, it goes into the shops, into the services and so into the pockets of us all.
It makes sense to give ordinary people a pay rise because they spend it and so grow our economy. Our members must not continue to bear the brunt of a failed economic plan and the must be given a pay rise now.”
The Trades Council along with affiliated unions also want to see action to see an end the scourge of Zero-Hours contracts and homes ordinary people can afford to live in.

“The City Council supports the Trades Council campaign for an end to the Pay Cap, Real Jobs, a £10PH minimum and affordable homes for every Cambridge resident. The City Council is pledged to pay all it’s workers £10 an hour by 2018, we are calling on businesses and central government to do likewise to ensure people have the bare minimum needed to live in our great city.” 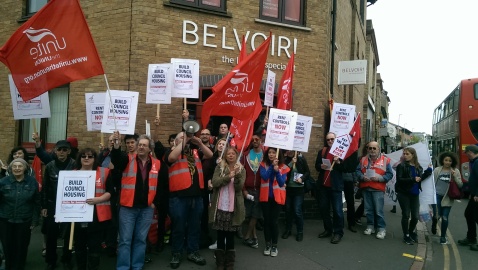